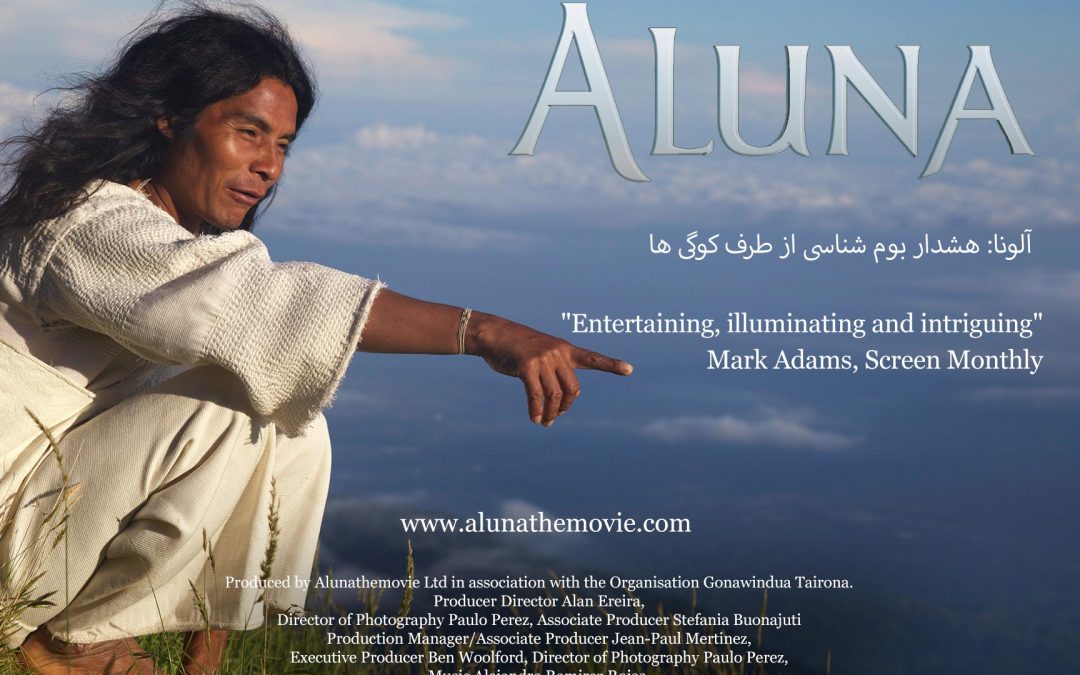 UK based environmental charity the Tairona Heritage Trust today releases the environmental film Aluna, documenting the indigenous South American tribe from the Andes, the Kogi of Colombia, for free online in 15 languages.

Originally distributed by Netflix, the feature-length documentary includes self-filmed footage from the Kogi as they aim to raise awareness of their fears for society and the planet. The multi-language relaunch of the film is timed to ensure the voice of indigenous people is not ignored during this year’s crucial COP26 climate summit in Glasgow.

The UK Prime Minister Boris Johnson has said “COP26 success currently hangs in the balance.” The Kogi have real cause for concern and want to help us establish a more harmonious relationship with nature.

Aluna, meaning ‘consciousness’, is the sequel to Alan Ereira’s 1990 BBC1 documentary From The Heart of the World: The Elder Brother’s Warning, which for the first time brought global attention to the Kogi. Having hidden for centuries in the folds of the world’s highest coastal mountain, they appeared in 1990 with an environmental warning for humanity. The Sierra Nevada de Santa Marta is a microcosm of the planet and they could see there the evidence of catastrophic damage arising from our plunder of resources, overdevelopment and ignorance of the hidden forces within nature.

Over the past three decades the Kogi have continued to see frightening changes in their homeland as highways, power plants and ports are developed, as well as increased glacial melt on their mountain peaks, ferocious storms, landslides, floods, droughts and deforestation that continues to take their toll on the land. They’re saying unless we change our destructive habits nature will force us to.

With COP26 about to start, one of the primary objectives of Aluna is to provide a voice to an indigenous group with a highly refined understanding of how nature and our planet functions and how human consciousness should interact with nature instead of causing colossal environmental damage. The Kogi are educated in a very different way from us. They do not use any writing and their language has only relatively recently become translatable. It has been difficult for them to articulate their thoughts and warnings about climate change to the wider population. The Kogis’ connectedness to the earth is rooted in their leaders, the Mamas, who are trained in dark caves from birth until adulthood. They are taught about the natural forces, rhythms and laws of nature which they say govern all life, and the Mamas guide their communities on principles of interconnection. It is precisely this expertise and their stark warnings in Aluna the Kogi want people and global leaders at COP26 to listen to. The core of their message in Aluna, which they say we must not ignore, is to protect the rivers and water of the world.

“The Kogi say that to listen is to think, and thought is the basis of reality. We need to listen in order to survive.”

Jean-Paul Mertinez, Director of Compassionate Films and Trustee of the Tairona Heritage Trust, who is bringing Aluna to COP26, says:

“Indigenous voices are almost entirely absent from all mainstream discussion of climate change. Their worldview is fundamentally different from ours and urgently needs to be listened to. Time and again Western scientists have found immense value from speaking to and learning from the Kogi and other indigenous groups. The way they live in closer connection to the natural world provides them with insights that are not tied to industrialisation and exploitation of the planet’s biodiversity. We hope that now with the Tairona Heritage Trust releasing the film to audiences for free in 14 different languages it will help to amplify the important understanding the Kogi have, and that these will reach the leaders at COP26 and beyond.”