In 1990, a BBC1 documentary film brought global attention to a remote South American people, the Kogi of Colombia, who were determined to caution us about environmental damage to the earth. Now, two decades later and convinced that their message has gone unheeded, the next generation of Kogi are reaching out to the world once more with a much more specific warning about the future of the planet. 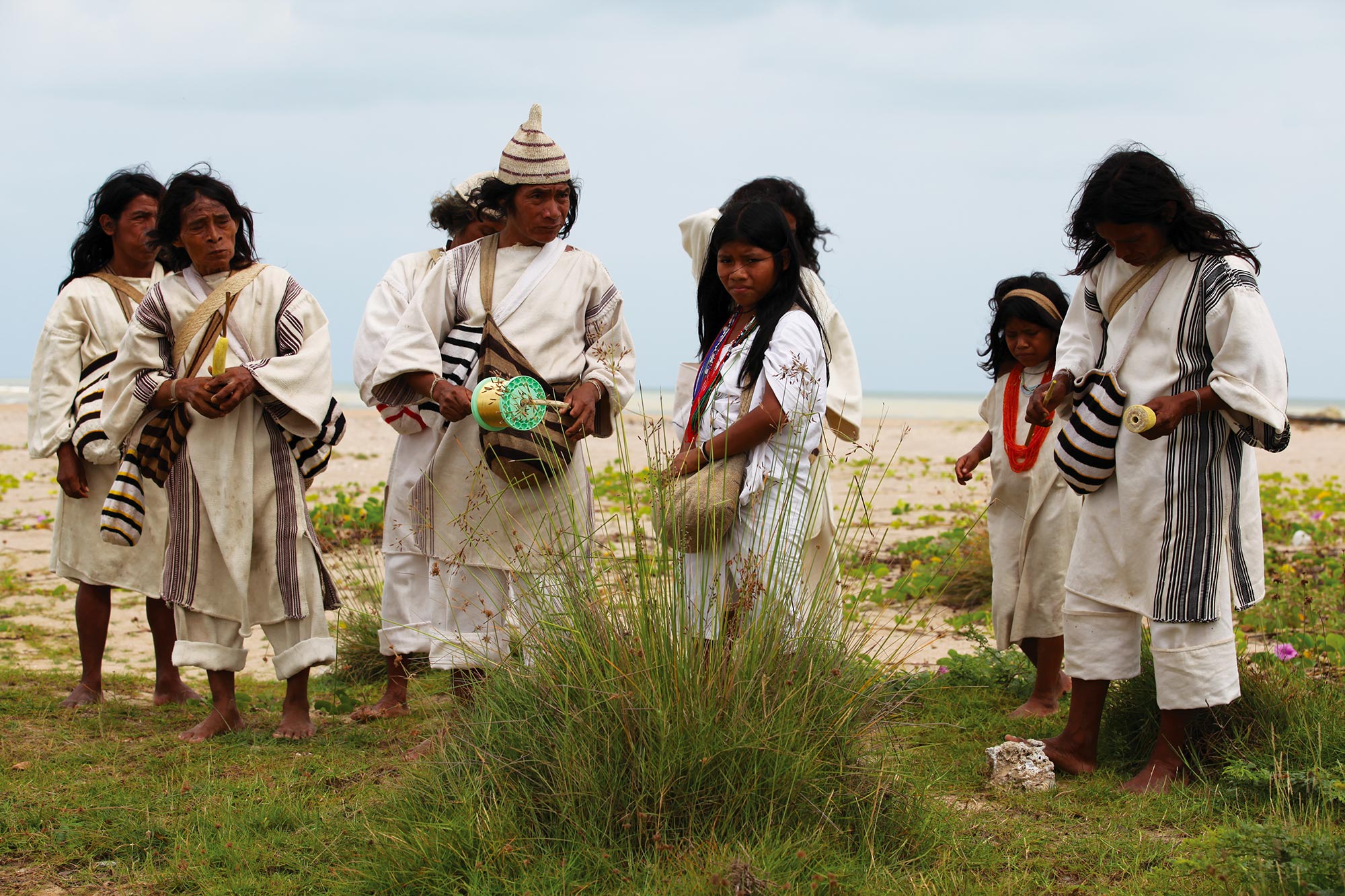 Thirty years ago Alan Ereira’s influential television film From The Heart of the World: The Elder Brothers’ Warning, brought global attention to the Kogi people of Colombia – a remote and ancient South American civilization – who were determined to caution us about environmental damage to the earth. A true ‘lost civilization’, who regard themselves as the guardians of the earth, the Kogi once traded with the Mayans and Aztecs. They survived the Spanish conquests by retreating into their isolated mountain massif, the Sierra Nevada de Santa Marta. Having remained hidden for centuries, the Kogi surfaced in Ereira’s 1990 film with an environmental message that was ahead of its time, a warning about how we, their ‘younger brother’, were destroying the ecosystem by plunder. But the Kogi have continued to see frightening changes to their homeland as highways and power plants spring up and glacial melt, ferocious storms, landslides, floods, droughts and deforestation continue to take their toll.

The Kogi maintain that their warning was rooted in their own scientific knowledge. Aware that their message changed nothing, they concluded that they needed to find a way to convey their message with scientific authority. They are aware of the problems – they have no writing, are educated in a very different way from us, their language is not understood by any anthropologist and their perception of the world is fundamentally different from ours. But they are sure that unless we can hear and learn from what they know, we are on the road to disaster.

They decide to shoot a cinema film in which they make an extraordinary journey along the Colombian coast laying 400km of gold thread. The journey begins with 70 year old Mama Shibulata, a Kogi leader coming to England to collect the thread. On a visit to an observatory, Shibulata is soon discussing dark energy with the Professor of Astronomy at the California Institute of Technology, and correctly identifying objects seen by the Hubble telescope.

Back in Colombia they begin laying out the thread to illustrate their understanding of the hidden connectedness in nature. They baffle the film – maker and encounter scientific skepticism which they see as being rooted in willful blindness to nature. They are driven to break away from their planned journey to demonstrate more visibly what they mean. By the time they resume the thread – laying they have begun to find a language which Western scientists understand and they encounter leading scientific authorities who discuss and corroborate the rational basis of the Kogis’ ancient knowledge of nature and the universe. The repeated theme of these encounters is confirmation by distinguished scientists that we can learn from what the Kogi are saying. Eventually the Kogi show how the thread leads to an apocalyptic landscape but they still retain the hope that we can learn to care for the world properly.

Filmed over three years, this ambitious feature – length documentary project initiated by the Kogi – and including footage filmed by them – is an authentic voice of an indigenous people. The Kogi and the Tairona Heritage Trust that supports them will receive 24% of the net income of the film. Alan Ereira is an award-winning documentary British filmmaker and author. Educated at Queens’ College Cambridge, he joined the BBC in 1965, producing radio and TV documentaries for 30 years and contributing films to the Timewatch strand amongst others.

Since making his first documentary on the Kogi, Alan Ereira has created a small NGO called the Tairona Heritage Trust. The Trust works on behalf of Gonavindua Tairona, the political organisation founded by the Mamas to represent the interests of the indigenous peoples of the Sierra in the face of increasing Western pressure. www.taironatrust.org

2016 The Nine Lives of John Ogilby: Britain’s Master Map Maker and His Secrets

We would like to thank the following organisations and people for their support in helping the Kogi’s film, Aluna, reach the widest possible audience. 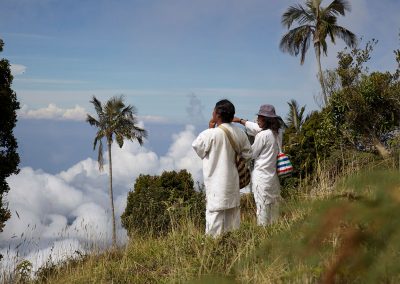 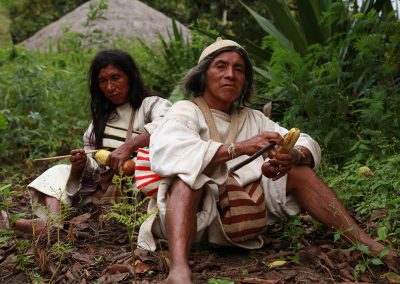 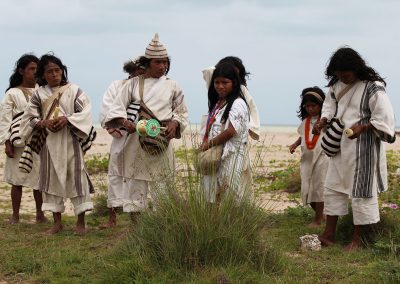 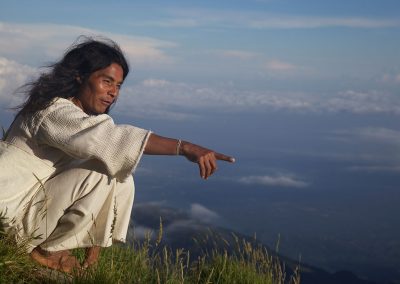 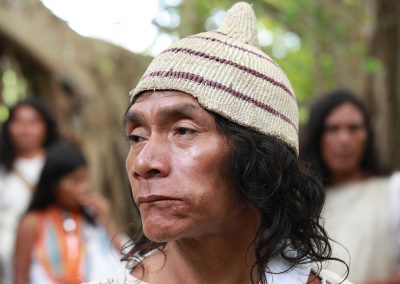 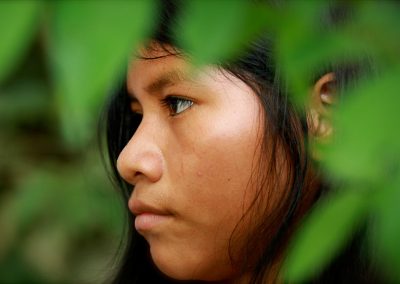 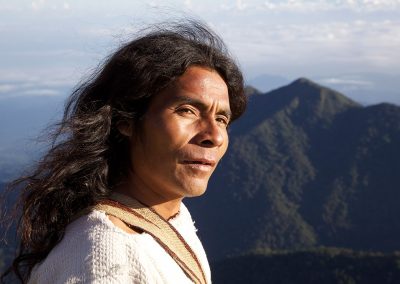 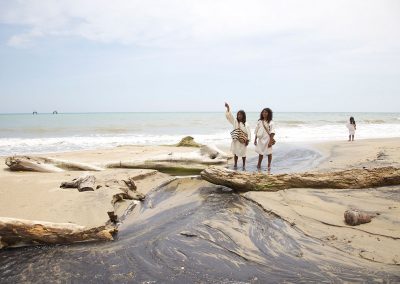 Please credit © Aluna The Movie & The Tairona Heritage Trust when using these images.